At this point, you probably remember certain stupid, 1970’s aspects, like the long, bushy sideburns, the “Elvis hair”, and the stereotypical portrayals of American Indians, evil rednecks, and even heroic hippies.  These movies were far from good.  However, they were also extremely popular, particularly with teens and young adults.

What you probably don’t remember is how these movies ushered into “mainstream” movies a previously verboten level of violence.

You probably don’t remember that, before these movies, the “hero” killing a bunch of bad guys wasn’t allowed.  There was a morality code – heavily mocked by the left – that said you couldn’t do such things in movies.  Maybe one or two bad guys didn’t make it to the booking, but even that was held to cheapen a movie.  A bloodfest ending?  Never.  Not in something mainstream.

Not understanding that these movies were, in fact, the work of cultural Marxists, we didn’t understand that 20 years earlier, people like Frank Marshall Davis had seeded the ground with an explosion of “regular” pornography.  Of course, now that the Soviet Kremlin’s pornographer Frank Marshall Davis is considered a “poet” by the left, it’s not surprising that most people don’t realize how important pornography was to Stalin’s plans for the degradation of America.

Why?  Its simple, actually.  Because if somebody makes a statistically significant portion of the population REALLY, REALLY ANGRY – which you need to recall is a state where thinking is minimal – then it’s “OK” to take revenge.  That is the subconscious message.  Anger is an excuse for revenge.  Completely at odds with the law.  And THAT is exactly what is desired.

Yes.  Cultural Marxism is simple, but it works.  Degrade the enemy to beat the enemy.  You degrade everybody a little, some people a lot, and a few people enough to self-destruct, breaking the bonds of society.

That is, unless we DEMAND it to end. 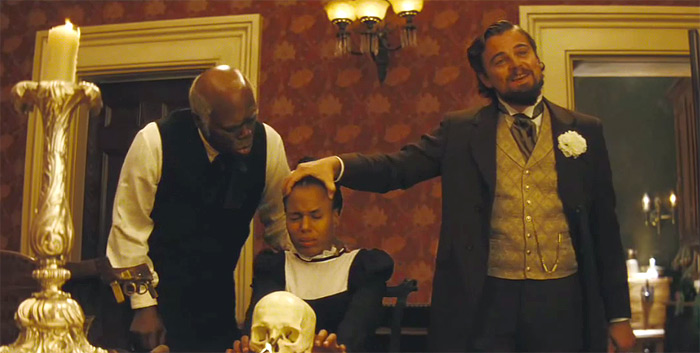 Still, despite the tougher and tougher environment to make a buck by saying white people must die, certain cultural Marxist directors are somehow able to keep saying it in new and profitable ways.  Case in point – Quentin Tarantino.

Tarantino – the story of whose dubiously miraculous rise is somehow supposed to inspire us, is a primary example of how cultural Marxists are rewarded for their effectiveness as intermediaries for real Marxists.

Tarantino started off by being critically rewarded for using extreme levels of violence, cruelty, and criminality.  The thing is, if you know enough art critics, you know that the field is absolutely SWARMING with Marxists, cultural Marxists, and others who are simply overflowing with contempt for middle America.  Anything which shocks the stiffs, is something they will love – even the ones who aren’t in on the scam of promoting a fellow radical.  Violence is fairly neutral in terms of artistry, but if critics WANT to call it artistic – well – there you go.  You have just promoted your insider up to the fast track of Hollywood.  Tarantino as the Obama of directing.  They might as well have made him the undeserving president of Law Review when they gave him all the utterly undeserved Hollywood accolades.

If you wonder why China – as in communist China – meaning Marxist China – which may have something to do with cultural Marxism – is so heavily funding Hollywood – well, there you go.  It’s war against America, and if they can turn our self-harming Hollywood grasshoppers into mindless servants of the ants in Beijing, well why not?

Follow the money.  China wants America to solve its problems with bullets, so China doesn’t have to.  Wonderful!

But back to the new sickness unto the Death of America. 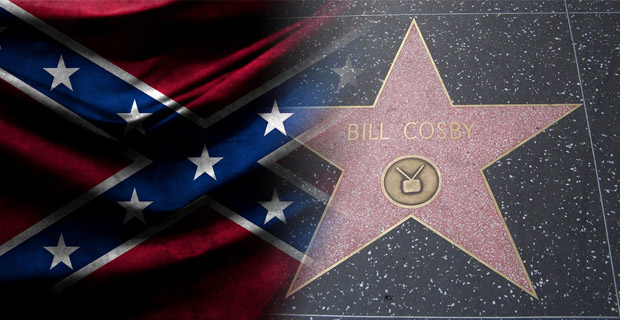 Yes.  They are really doing it.  They are going to create a civil war.  AGAIN.  For Karl Marx and friends.  First on film – then in reality.

I leave it to you to explore this latest assault on America (hint – click on the link and read the Breitbart article).  Take a look and then come back.

Did you like what you saw?  I will tell you – the temptation is there.  Maybe you’re a Game of Thrones fan.  You’re betting it will be good.  Right?

Watch it.  Go ahead.  But remember this article.  Remember these words, when you get to a certain point where you hate what you are being told.

Pour it in the toilet.  Burn it in the fireplace.  Send it back to Hollywood.

Just don’t watch it, no matter how interesting they make it.

View all posts by Wolf Moon